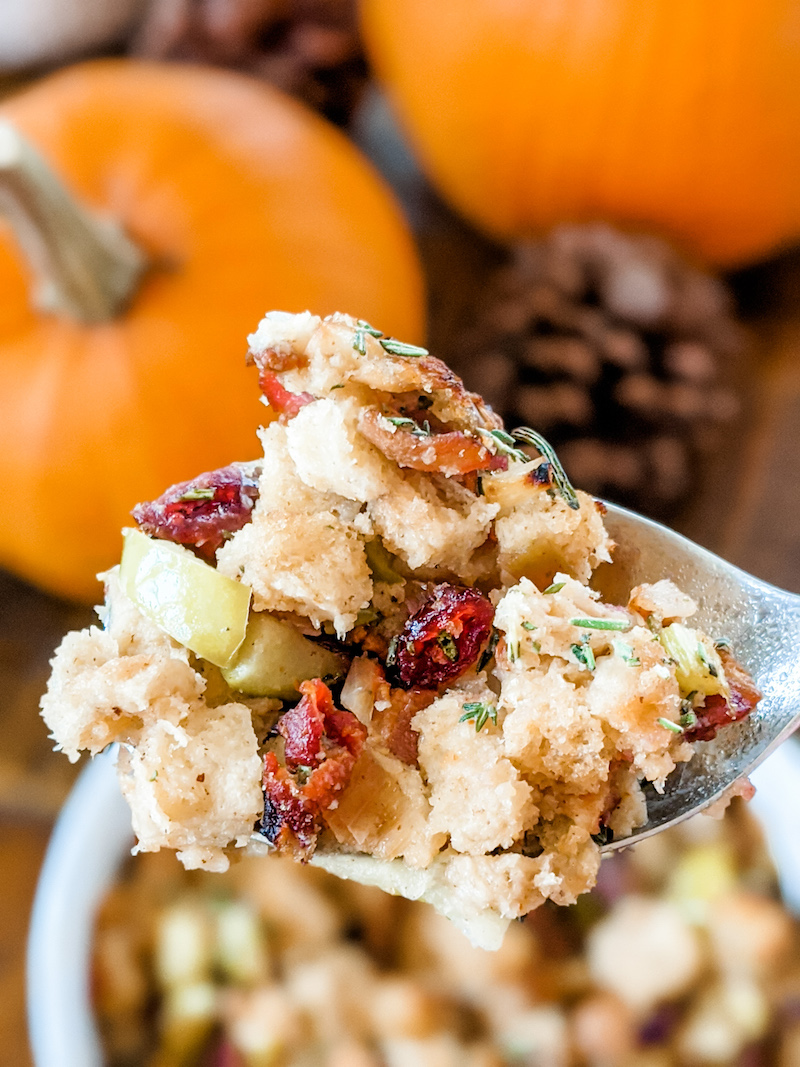 Whether you call it dressing or stuffing, it’s the signature side dish to accompany a roast turkey. My Best Flavorful and Moist Turkey Dressing is not only moist, but delicious, and perfectly balanced with savory, sweet, and spicy flavors, plus plenty of fresh herbs.

Dressing? Or Stuffing? What’s the Difference – and the Challenge?

People tend to use the words dressing and stuffing interchangeably. And that makes sense because the ingredients of this bread-based side to accompany poultry are basically the same.

The difference lies in how they’re cooked.

As the name implies, stuffing is stuffed inside the bird and cooks along with the poultry. As the bird cooks, fat and juices drip into the stuffing, making it moist and flavorful. The dressing is baked apart from the bird, in an ovenproof casserole.

That’s why making a really tasty dressing can be tricky. Without the drippings from the bird, oven-baked dressing can end up being dry and bland. But never fear, my friends. I’ve come up with a recipe for the Best Flavorful and Moist Turkey Dressing that is lives up to the name. It’s moist and full of flavor.

But getting it just right was a process. 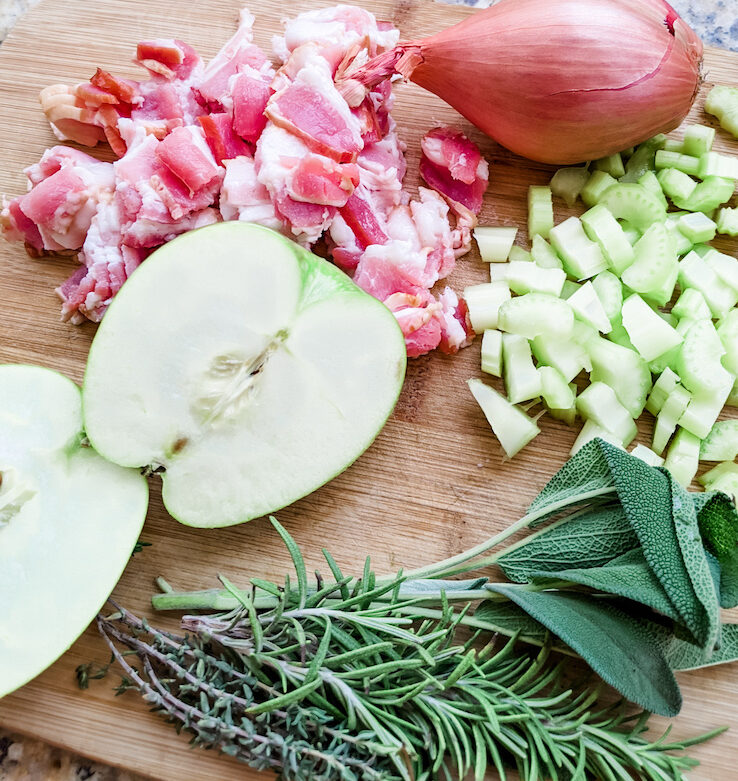 A Flavorful and Moist Turkey Dressing for a Small Scale Thanksgiving

Like so many other families, we’ll be celebrating Thanksgiving on a smaller scale this year. Normally, I’d be feeding a crowd and roasting a huge turkey. But since the Thanksgiving guest list is just me, my husband, and my mother, I’m only roasting half a turkey breast and one thigh. (Click here for my Oven Roasted Turkey Breast recipe.)

Since there will be no bird to stuff, serving stuffing wasn’t an option so I opted for an oven-baked dressing. But the traditional dressing recipes I tried were just kind of…blah. And definitely not worth the calories.

Since most dressing recipes involve bread, melted butter, and sometimes sausage, it’s a long way from low calorie. Though I try to stick to a healthy diet most of the time, I don’t mind falling off the wagon during the holidays. But even during Thanksgiving, I’d rather not waste my waistline on things that are fattening but don’t actually taste that great.

After two attempts at making a dressing that was just okay, I found the ingredient that transforms this dish into the best Flavorful and Moist Turkey Dressing I’ve ever tasted. 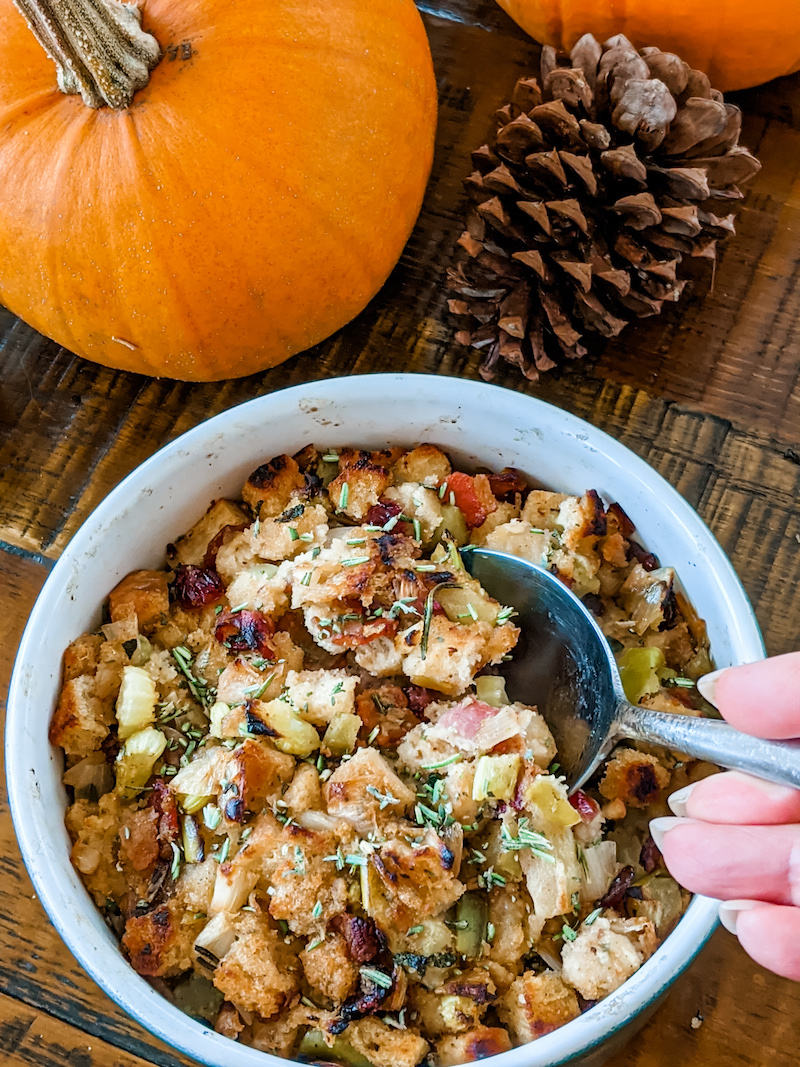 When in Doubt, Bring in the Bacon

Sausage is a tasty addition to many stuffing recipes. But oven-baked dressing needs a little more fat to make it moist and stronger flavors that won’t be overpowered by the bread.

Bacon, I discovered, is a much better choice for oven-baked dressing. It’s a secret ingredient that takes this Oven Baked Dressing from bland to best. So good! 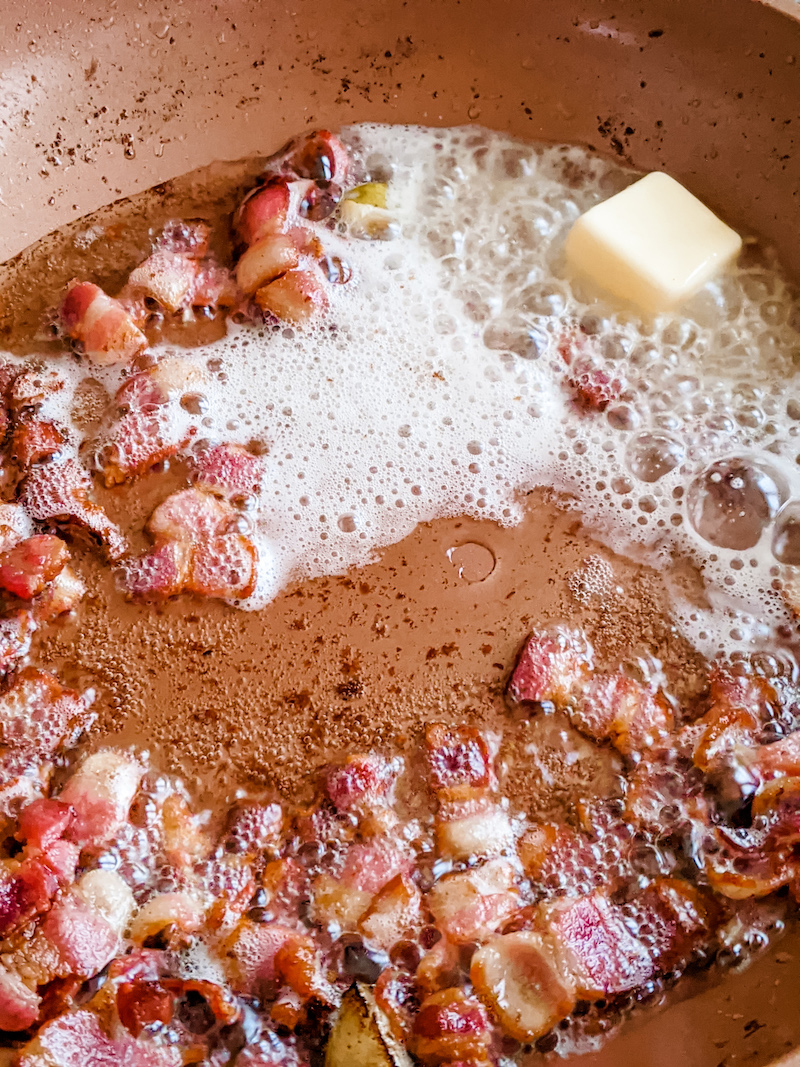 And a Few Extras

The main ingredient of dressing is dried bread cubes. Whether you’re using white bread, cornbread cubes, or a mix of the two, bread cubes don’t have a lot of flavor. Adding a good amount of bacon adds yummy fat and smoky flavor.

But I’ve also added a variety of other ingredients to create an oven-baked dressing that’s surprisingly complex.

Fresh herbs, garlic, shallots, and celery add interesting texture and fresh, savory flavor. A Granny Smith apple and dried cranberries add a tart sweetness.  And a little bit of cayenne – an eighth to a quarter teaspoon, depending on your heat tolerance – adds a just-right bite of spice. 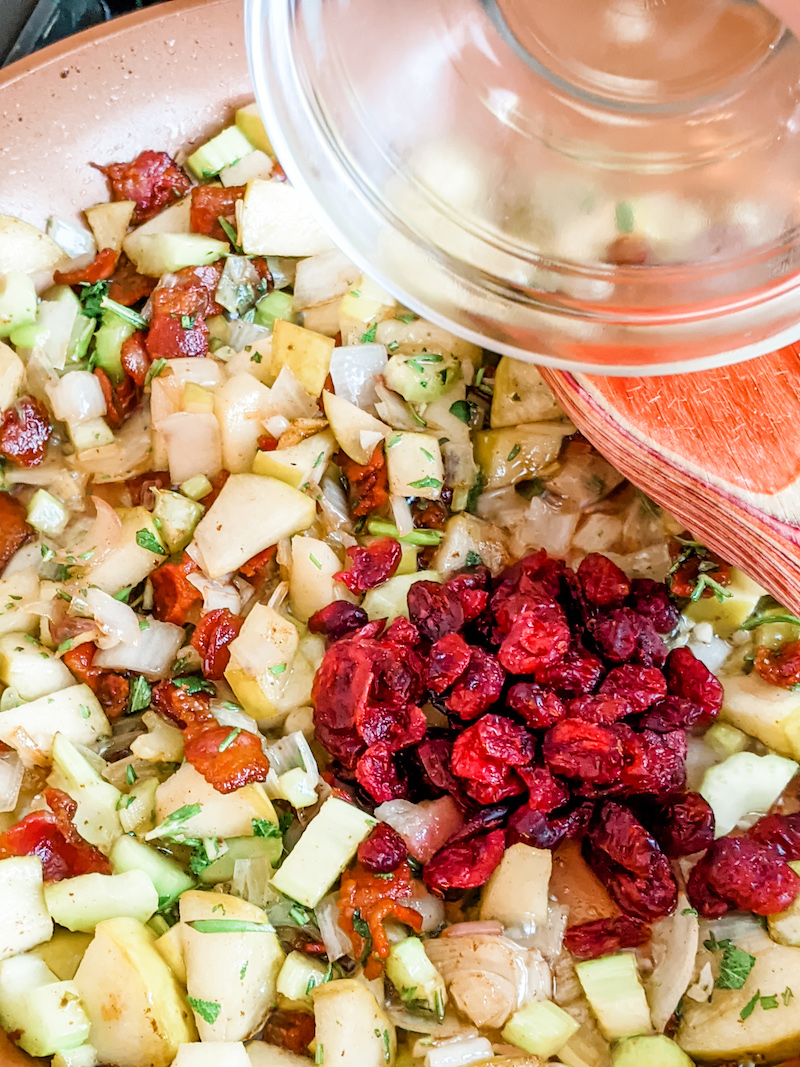 Okay, I can hear some of you saying, “Cayenne? In dressing?” Trust me on this one. Cayenne adds a nice but barely noticeable kick. If you’re really nervous, you can leave it out. But I recommend you try adding a least a dash.

I hope you’ll add my Best Oven Baked Dressing to the menu for your small scale Thanksgiving! 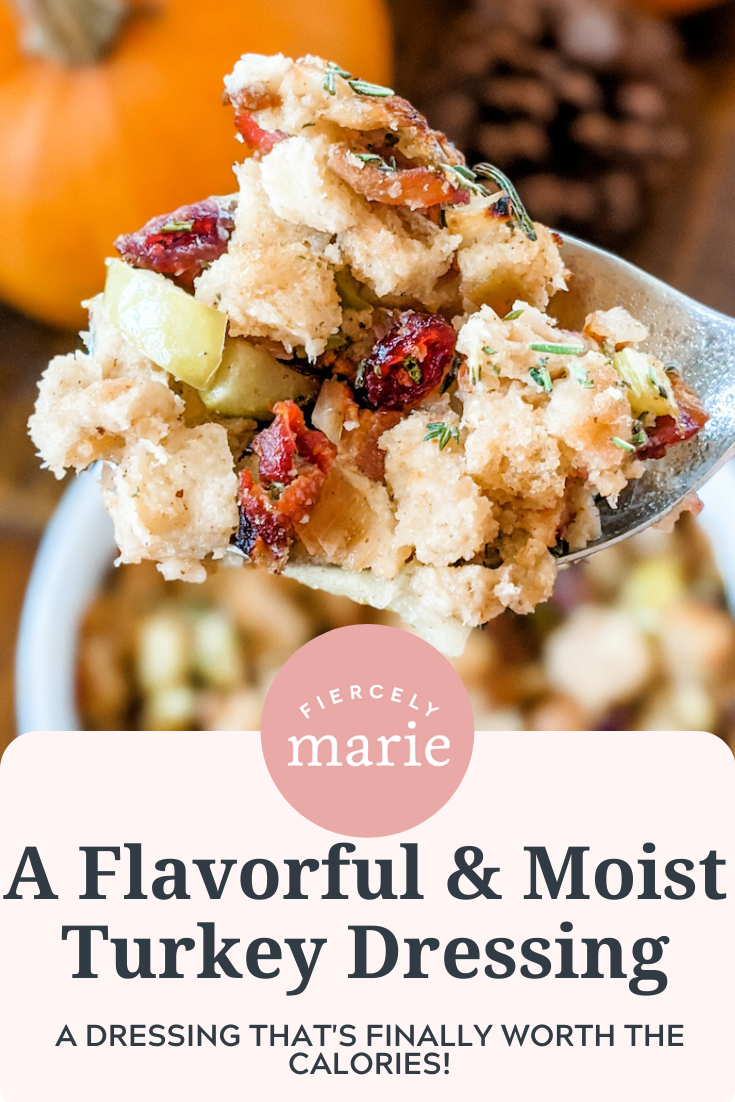