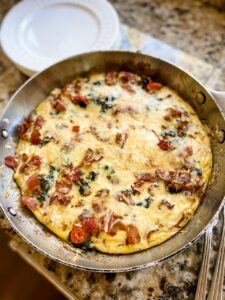 My Easy Weekend Breakfast Skillet is the ideal one-pan wonder to share with family and overnight guests. Loaded with veggies, cheese, eggs, and bacon, it’s a delicious way to start the weekend!

Our youngest son and his wife came to visit this weekend.

The kids only live three hours away by car. But between Covid restrictions and work schedules that often require weekend shifts, we haven’t seen them in months. So even though I am on deadline for my next book when my son called to ask if they could visit, I couldn’t say yes fast enough!

I did have to write over the weekend and they had plans too, so we couldn’t spend a lot of time together. But it was still great to see them. On Sunday, I wanted to give them a grand send-off with a really terrific breakfast. 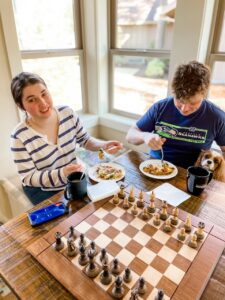 A Little Work But Worth It

My Easy Weekend Breakfast Skillet isn’t complicated. The cooking techniques are pretty standard. However, it does require a little time because one skillet does not mean one step! But it’s absolutely worth the effort, especially when you’re preparing a special meal for the people you love.

This recipe has all the ingredients you’d find in a hearty omelet breakfast with a side of bacon and hash browns. The difference is, you’re serving it all at once, in one skillet that you put in the oven.

That’s a good thing! It means that you can actually sit down at the table and enjoy breakfast with your family, instead of standing at the stove and being everybody’s short-order cook.

It also means that you can prepare most of the dish ahead of time.

Easy Weekend Breakfast Skillet: Ready When They Are

Morning is always the most awkward when you’re having a guest or being a guest. Different households wake up at different times. That can make it hard to know when to serve breakfast.

One of the best things about my Easy Weekend Breakfast Skillet – apart from the fact that it tastes great – is the fact that you can make a lot of it ahead of time, and pop it in the oven when guests are up. 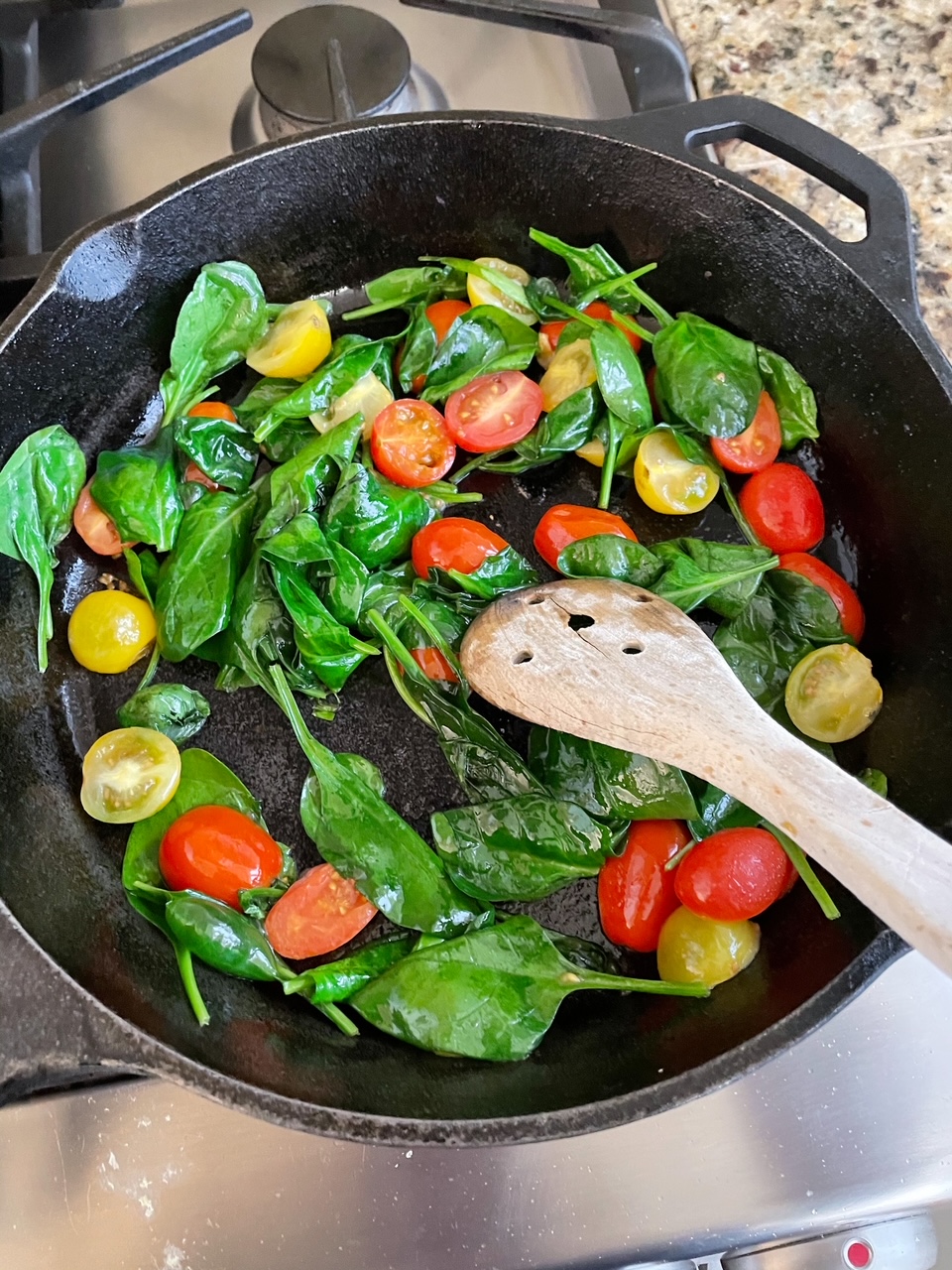 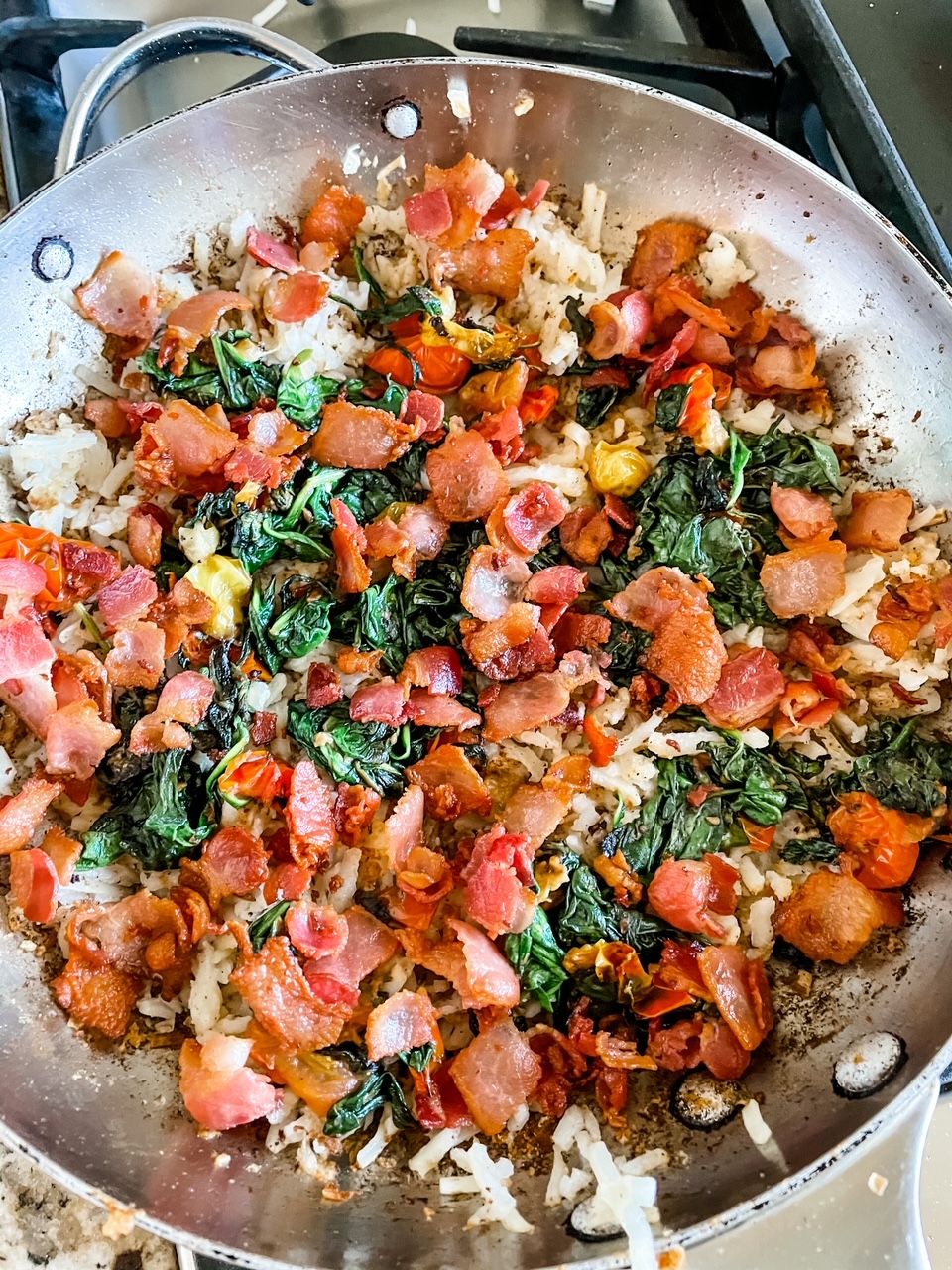 Variations on a Theme

One of the things I love about this Easy Weekend Breakfast Skillet is that you really can choose your own adventure. It’s also a wonderful way to use bits of this and that you’ve got left in the frig.

Don’t have bacon? Don’t like bacon? That’s okay. You can substitute pork or turkey sausage, ham, Canadian bacon. If you’re feeding vegetarians, you can leave it out entirely. 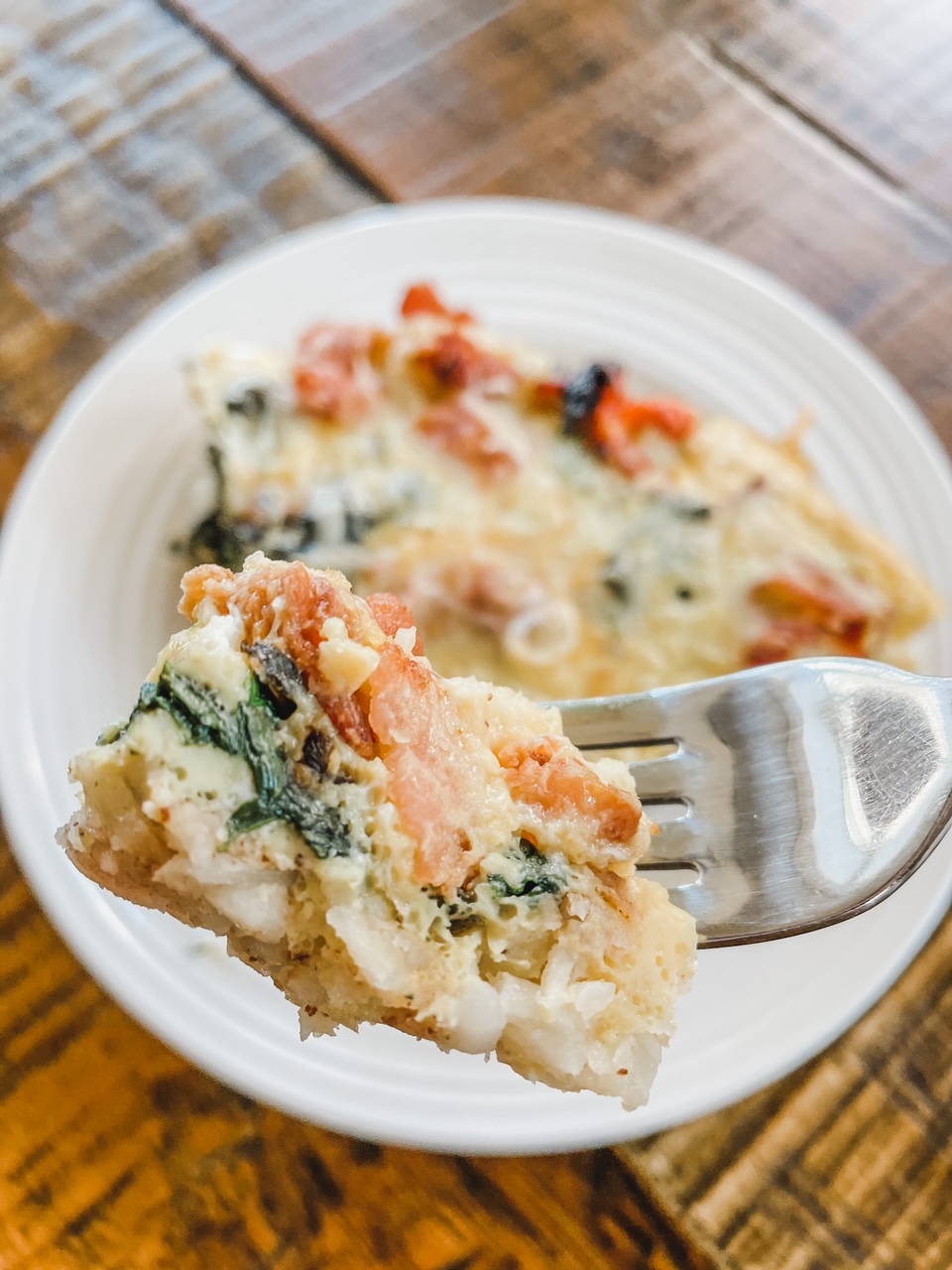 And when it comes to cheese, use whatever you like or have on hand. I used shredded cheddar. But parmesan, mozzarella, pepper jack, feta, chèvre, Colby, or burrata could all be terrific in this dish.

If you’re looking for a delicious way to treat your family or overnight guests, look no farther than my Easy Weekend Breakfast Skillet!

It’s a hearty, tasty start to a great weekend! 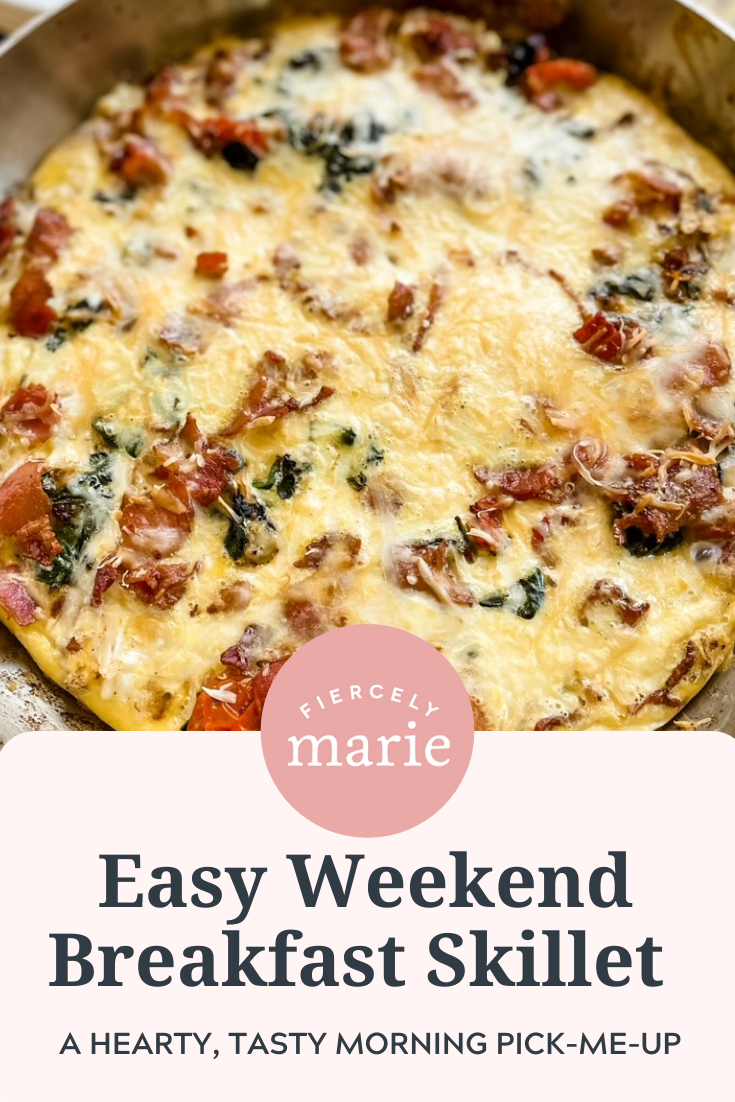