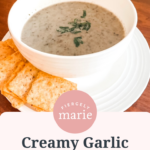 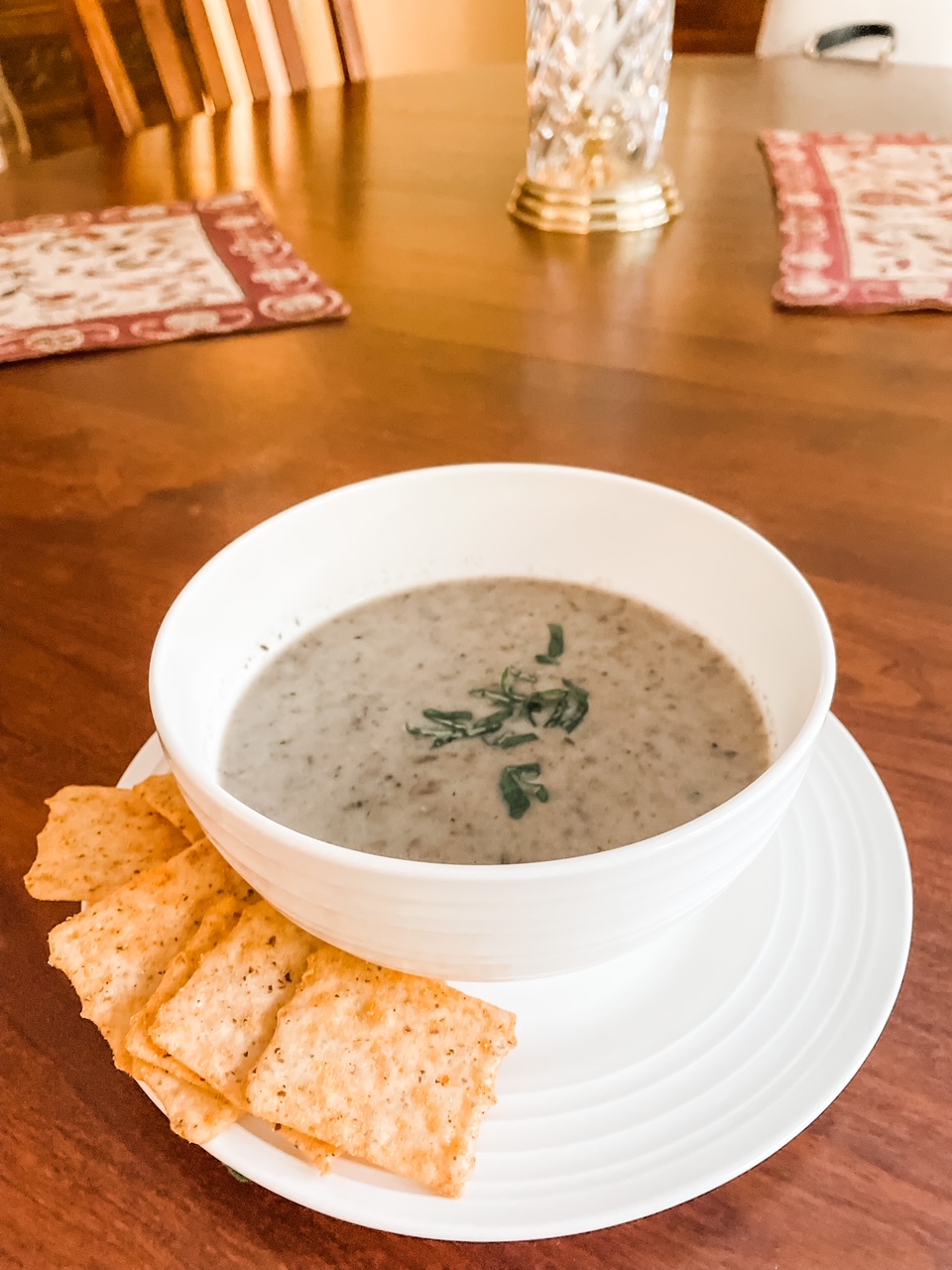 My Creamy Garlic Mushroom Soup recipe is savory and rich, loaded with earthy, garlicky mushroom flavor. A lighter take on the classic that’s just creamy enough. Perfect for lunch or as the first course at dinner.

Not Your Grandma’s Mushroom Soup

When you think of mushroom soup, chances are good that one of those red and white cans we all grew up with comes to mind.

You know what I’m talking about, right?  That thick-enough-to-stand-a-spoon-in, barely tan “recipe soup” that our grandmothers used for casseroles.

Then and now, canned cream of mushroom soup serves its purpose. I still keep it on hand for some of my favorite comfort food recipes, including my Healthier Green Bean Casserole and Broccoli Rice Casserole with Chicken. Both are very popular at our house!

But when I want to actually have a bowl of mushroom soup, as opposed to adding some to a recipe, I definitely make it from scratch. Because the problem with the canned stuff is that it doesn’t really taste like mushrooms.

Mushrooms do have a fairly subtle flavor. My Creamy Garlic Mushroom Soup brings it forward by using plenty of mushrooms and pairing them with ingredients that will complement the flavor, not overpower it. 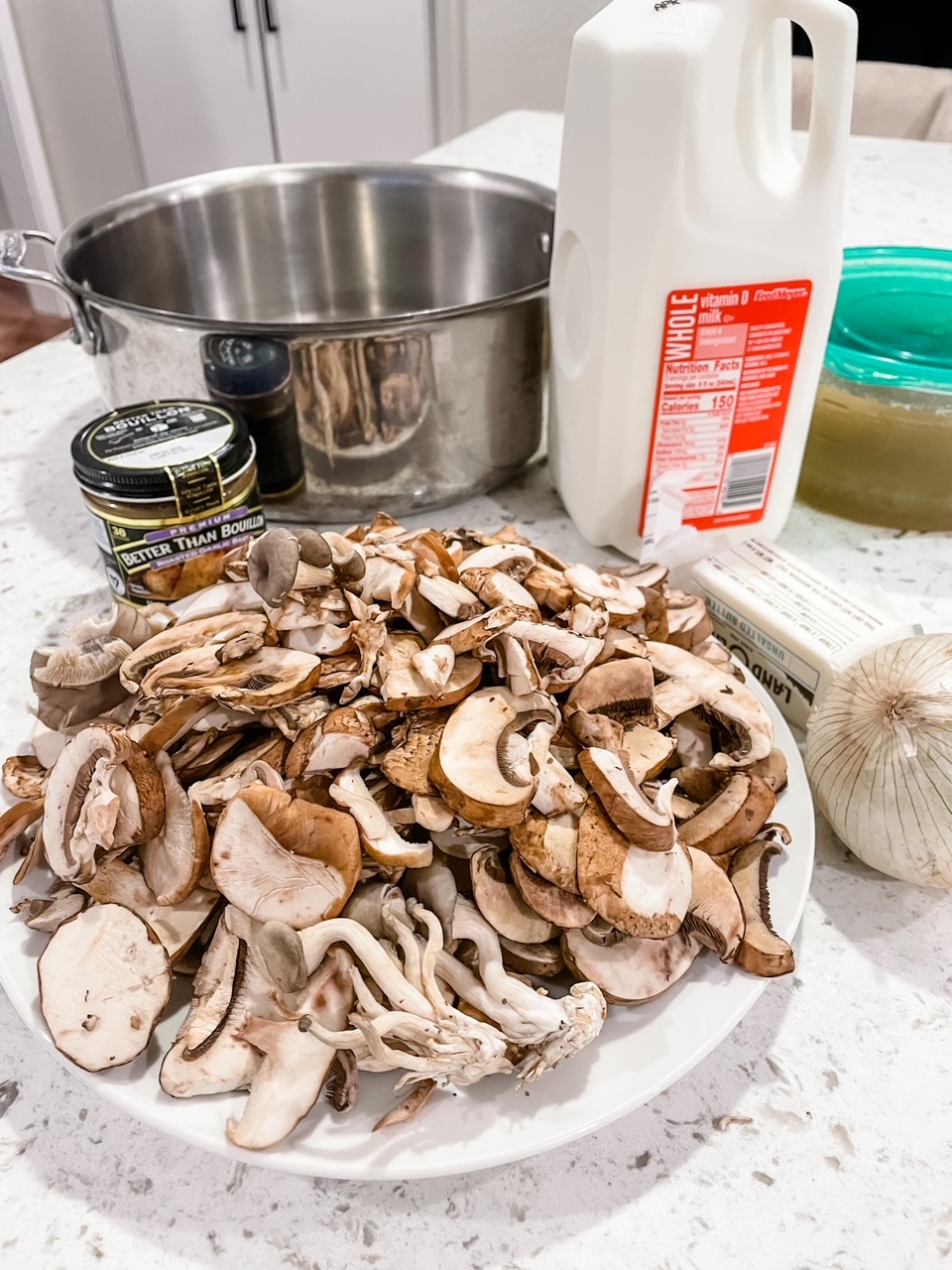 White button mushrooms are available everywhere, but don’t shy away from trying other varieties. Portabellas, shitakes, enoki, or oyster mushrooms would be great additions to this recipe. If you can find them, use them!

Herbs always add a lot of savory soups. For mushroom soup, I like to use dried thyme and a bay leaf. If thyme isn’t your favorite, you could substitute oregano. Sage and rosemary could be nice too, though I would use a smaller amount as the flavors can be strong. If you decide to use fresh herbs instead of dried, you’ll need to add more.

Other important additions to this soup are a touch of sherry or marsala. These fortified wines complement the mushrooms nicely. But resist the urge to add more than the recommended amount so you won’t overpower the mushrooms.

An Extra Oomph to Your Creamy Garlic Mushroom Soup 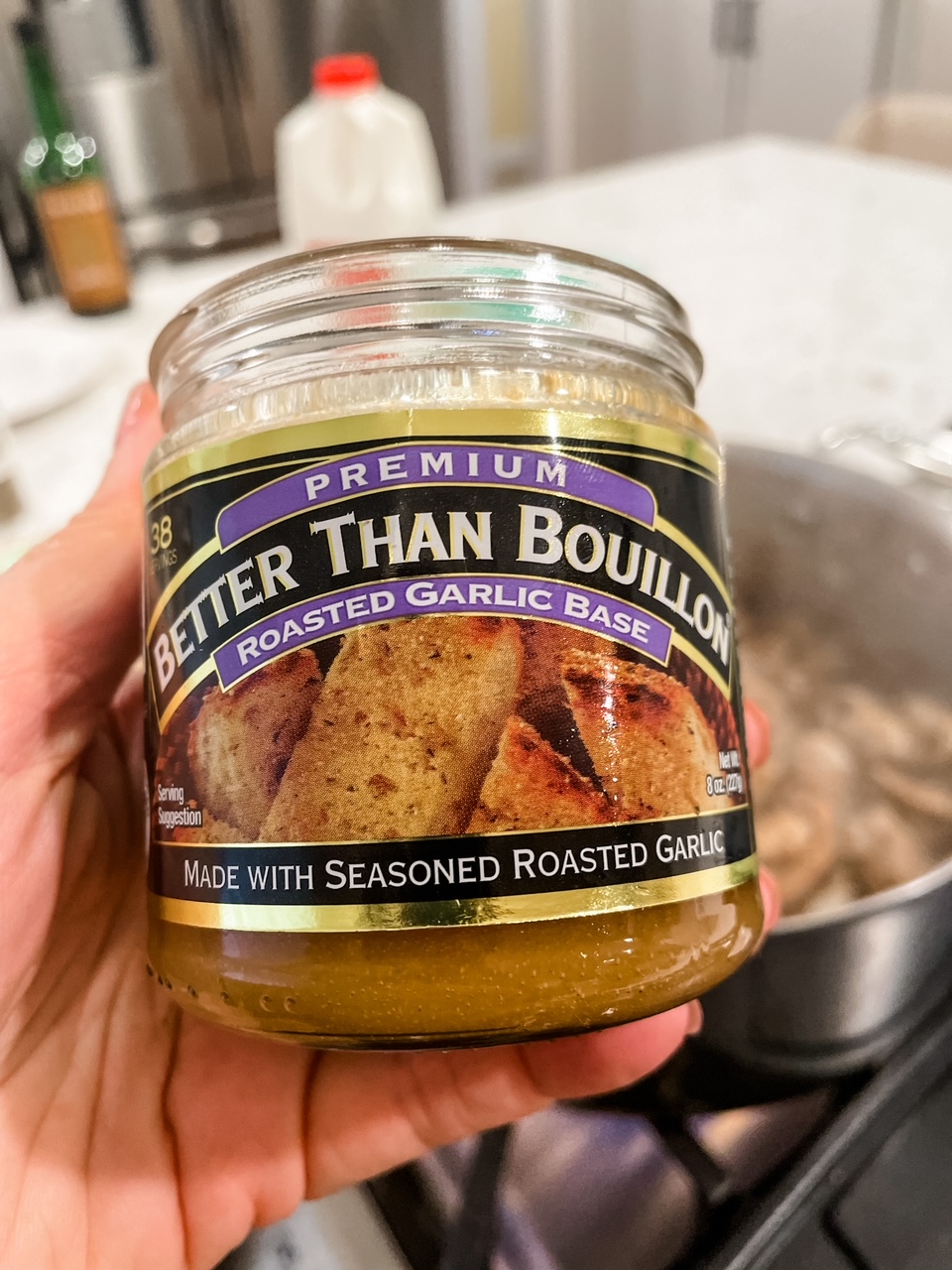 If you can get it, adding some Better Than Bouillon Base – Roasted Garlic, brings just a bit of garlic flavor that really works here.

I discovered Better Than Bouillon bases about ten years ago. Now I keep several the flavors on hand – beef, chicken, vegetable, garlic, and even fish. It’s great for all kinds of soups, chowders, and sauces.

Using these bouillon bases is a time saver. But if you don’t have the garlic base or can’t get it, you can mince 2 or 3 large garlic cloves, and add them to the pan when you’re cooking the onions in butter. Just be sure not to add them until the final minute of cooking, otherwise, the garlic might burn.

Generally, I like cream in soup. But not in mushroom soup.

The surest way to overpower the subtle, earthy flavor of mushrooms is to add cream. So, for this recipe, I left the cream in the carton and used other methods to cream a rich, slightly creamy soup.

Making a roux by cooking flour with little butter, then slowly adding broth and whole milk creates a base that thickens the soup and gives it a slightly creamy texture. Blending the soup at the end also creates a thicker texture. 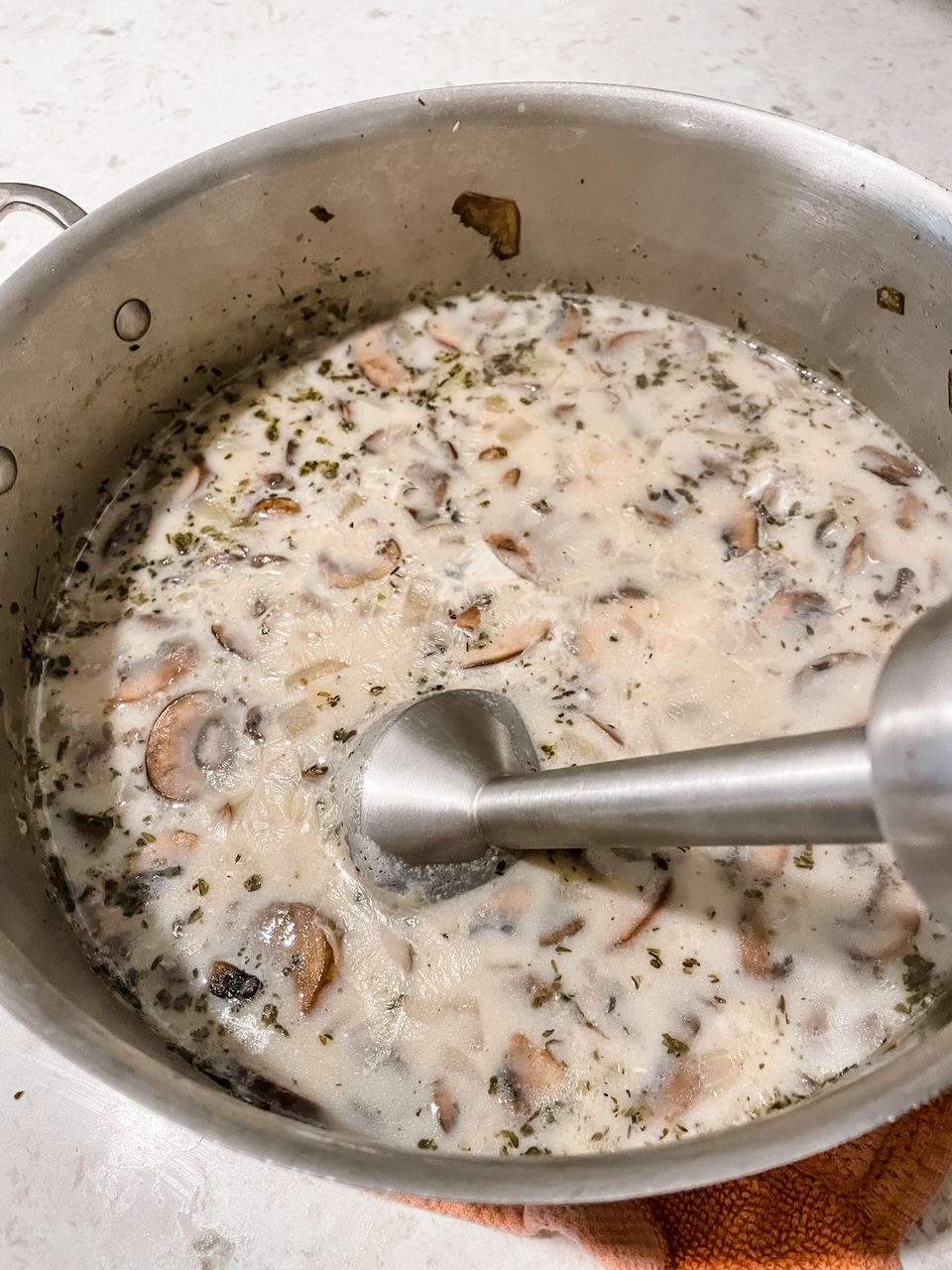 I like to leave some visible pieces of mushroom in my soup. However, if you’d like it to be thicker, then blend it into a puree. It’s up to you.

This mushroom soup recipe is definitely “creamy” not “cream of”. However, the result is a savory and satisfying soup that’s great for lunch or as an appetizer.