As I said in my last post, forgiveness looms large in our lives.

The ability to seek it, request it, receive it, and bestow it, or not, is the difference between living at peace with ourselves and with others.

I’m certainly not claiming to have my act completely pulled together in this or any aspect of my life. But in the course of my treading upon the face of the earth for five decades and counting, I have discovered four sentences, adding up to just twelve words total, that have changed my life. Speaking these words as necessary, with sincerity and intention, have brought greater and more lasting peace in my life and relationships.  They can do the same for you.

The first three sentences all have to do asking forgiveness of others.  Those sentences are…

If you haven’t yet read my prior post about the importance and implications of these deceptively simple but powerful sentences, it’s a good idea to do so before continuing on with this post.

If you already have read that post and are ready to read more about the fourth sentence, buckle your seat belt and scroll down. This sentence can rock your world in a very, very good way.

Yet, when it comes to the health of our relationship with others, I believe that these three words are enormously powerful. In fact, I believe they are even more powerful than those other, more famous “three little words” we speak of – I love you.

Because, by comparison, loving someone can be pretty easy – at least in the early days.  As children, we love our mother, or father, or siblings, or other family members because most of us are hardwired by biology and circumstance to do so.

And when we meet the person we want to spend the rest of our lives with, we frequently experience a powerful, almost overwhelming attraction to that person. We just can’t help ourselves.

Maybe that’s why we call it falling in love, because it’s just as unpredictable as taking a spill. One minute we’re walking along, minding our own business. The next minute something unexpected pops into our path and – boom! We’re laying on the ground and wondering what happened.

Yes, loving someone else can be just like falling down, though with fewer scraped knees and less pain. At least, that’s how we think love is supposed to be – painless.

But guess what? It’s usually not.

The Reality of Love

If you love someone long enough, they’re going to hurt you. It’s a guarantee.  Because those people we love? They are human. They make mistakes, sometimes really terrible ones. Just like you do.

When it comes to the small annoyances that accompany life and love – the husband who leaves the seat up, the busybody sister, the mother who calls way too early, the child who constantly forgets to shut off the lights – forgiveness is pretty easy.  Small to medium-sized offenses are normally reasonably easy to pardon as well.

Our willingness to forgive or to deny forgiveness is directly connected to our personal, emotional, and spiritual peace, or the lack of it.

Does that surprise you? The idea that your ability to forgive somebody else or not is tied to your peace?

Maybe this already makes total sense to you, which is great. But it didn’t to me.

See, I always thought that forgiving somebody else was about granting peace to the other person, not myself.  And it is, partially.  But as I’ve said before, reconciliation is a two-way street. It carries implications in both directions, both for the forgiven and the forgiver.

Why I Know This

Many years ago, I was in a terrible state.  Somebody I cared about did something that really, really hurt me.  The pain caused by this person’s actions became a poison that seeped into every crevice of my life.

Even though this person acknowledged their wrong, sincerely said they were sorry, and asked for my forgiveness, I didn’t forgive them. Not really.

Oh, sure. I said I forgave them. I even honestly tried to forgive them.  But I didn’t forgive them, not really or fully. In my mind, I kept going back to what they’d done, rehearsing it over and over in my mind, asking myself how could they.

It was eating me alive. And it was shredding my peace.

An Ordinary Day That Changed Everything

Around this time, I went to church on Sunday.  Nothing unusual about that, I’m in church most every Sunday.

For all kinds of reasons, I enjoy church and nearly always have.  And I definitely credit this practice for helping to mold my life in lots of good ways.  But I don’t usually go in on Sunday morning expecting to walk out a changed person. Maybe I should but I usually don’t.  That Sunday was different.

The minister was preaching about a parable I’d heard or read…Oh, maybe a thousand times.  It appears in the book of Matthew, about a king who forgives the debt of a servant owes him ten thousand talents – that would equal millions and millions of dollars today’s money.

It’s a good story and a multi-faceted one. I’ve heard it preached from multiple angles on multiple occasions. But that day, the minister asked a question that I’d never heard connected to this parable.

“Why did the King forgive the debt?”

Was it because he was a really great guy? Maybe he was. But he’d have to be more saint than king to let this one go.

So, was it because he had so much money that he didn’t care about having more? Kings are supposedly pretty rich. But this debt was enormous. I don’t care how rich you are, tens of millions of dollars is real money for anybody. So? Why did the king forgive that debt?

For one simple reason; it was uncollectable.

The king was rich but the servant wasn’t. No matter how hard or long he worked, he would never, ever be able to pay off that debt.  The king knew that.

My minster went on. He said, “Some of you are holding onto uncollectable debts. You’re sitting there, waiting for the person who wronged you to do something or say something that will even the score. But…what would that be? Is there anything that person could do that would balance the scales of justice in your mind?”

I considered the question. It didn’t take long for me to come up with the answer, which was, nothing.

No matter what the person who hurt me did or said, no matter how many times they apologized, they couldn’t even the score or balance the scales.  The only person who could do so was me.

And so I did. I chose to forgive that debt, once and for all, forever.  Doing so changed my life. It changed my relationships. It restored my peace.

Forgiving that uncollectable debt was the best, most loving, more powerful thing I have ever done for anybody – myself included.

Forgiveness is Not Weakness

Before I wrap up, I want to point out that forgiveness is not a license to allow the person who hurt you to keep on doing so.  Forgiving someone doesn’t mean becoming that person’s personal doormat or enabling the hurtful behavior.

The process of reconciliation may require you and the person who wronged you to agree on some form of accountability.  There might be steps forward and back in the process, but there should be a general direction of progress.

Forgiveness takes practice. There may be times where you’re tempted to take it all back. Don’t.  If thoughts of retribution come to mind, tell them to take a hike. Remind yourself that the debt is cancelled. You don’t need to keep tabs on a score that’s been settled.

But what do you do when the person who has wronged you doesn’t seek your forgiveness? Or if they do but, through their actions, prove they have no intention of changing?

In that case, you may need to isolate yourself from them either temporarily or permanently.  Do what you need to do. Again, you should not be anyone’s doormat.

It will also be worth it, I promise. It will change your life. 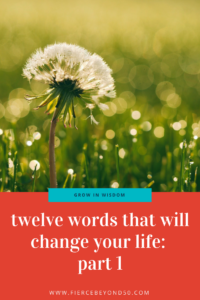 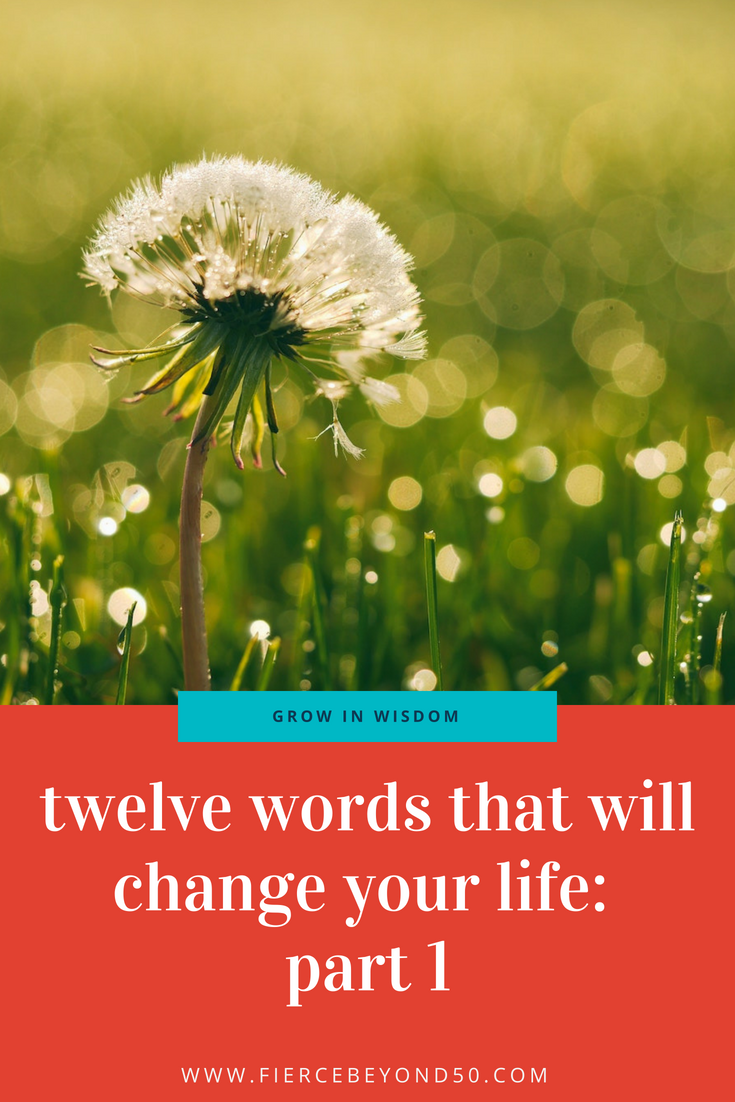 Previous Post: « Twelve Words That Will Change Your Life: Part 1
Next Post: The Most Delicious Blueberry Pie Recipe »