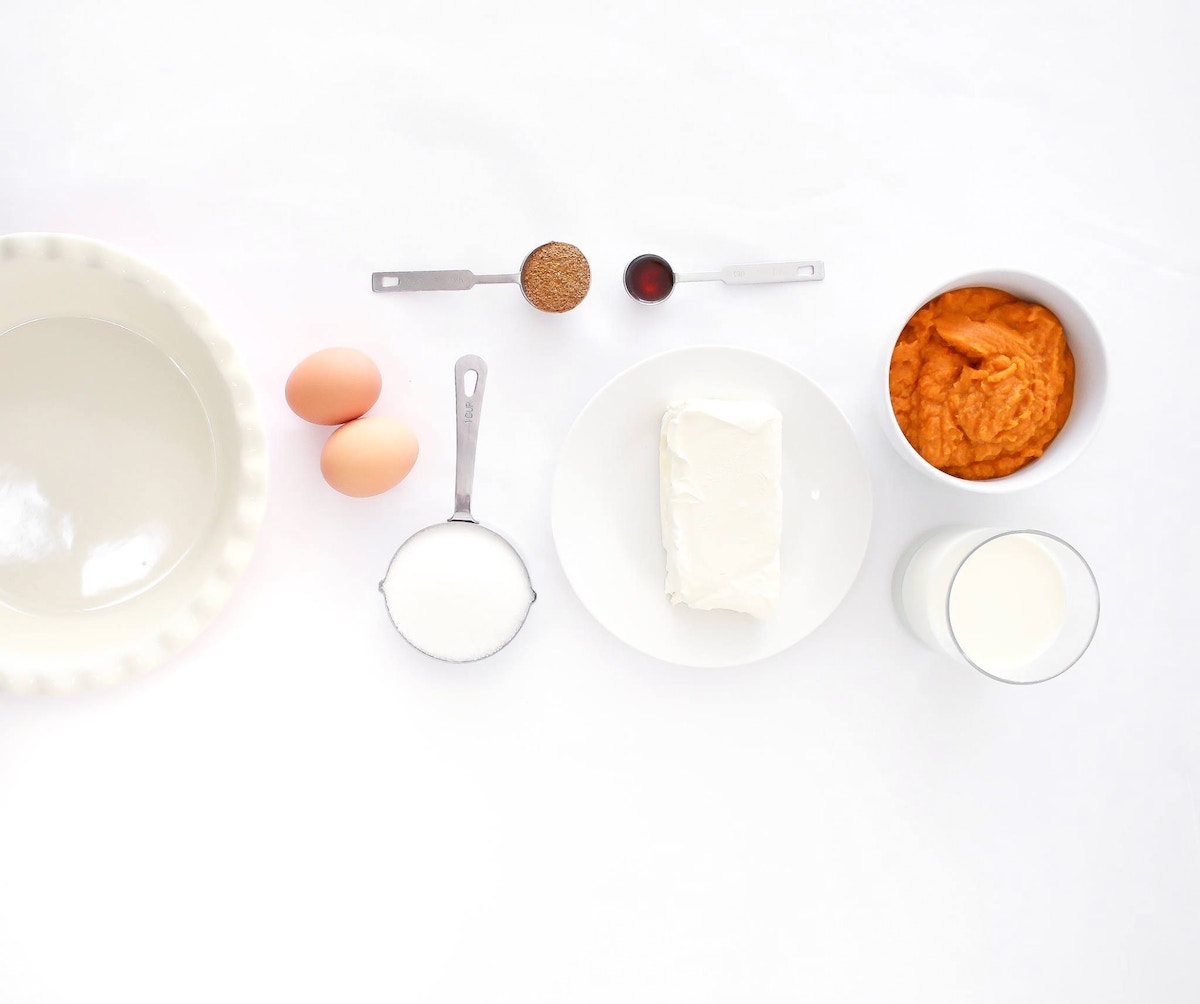 Use parchment paper to line an 8 x 8 baking pan, leaving a little overhang. Trust me on this. You need this step or the bars will stick to the pan.

In a bowl, mix the crust ingredients together until combined. Using your hands or a flat spatula, press it evenly into the bottom of the baking pan.

In a separate bowl or stand mixer, combine the cream cheese, sugar and vanilla. Beat until completely smooth and creamy. Add the eggs, one at a time, and beat until combined.

In another bowl, stir together the brown sugar, white flour, quick cooking oats, and cinnamon. Add butter and vanilla and mix together until combined. Sprinkle the crumble topping evenly over the pumpkin cheesecake layer.

Place in the oven and bake for 1 hour and 20 minutes or until the cheesecake has set.
Allow to cool for about an hour at room temperature and then place in the fridge for 1 to 2 hours. 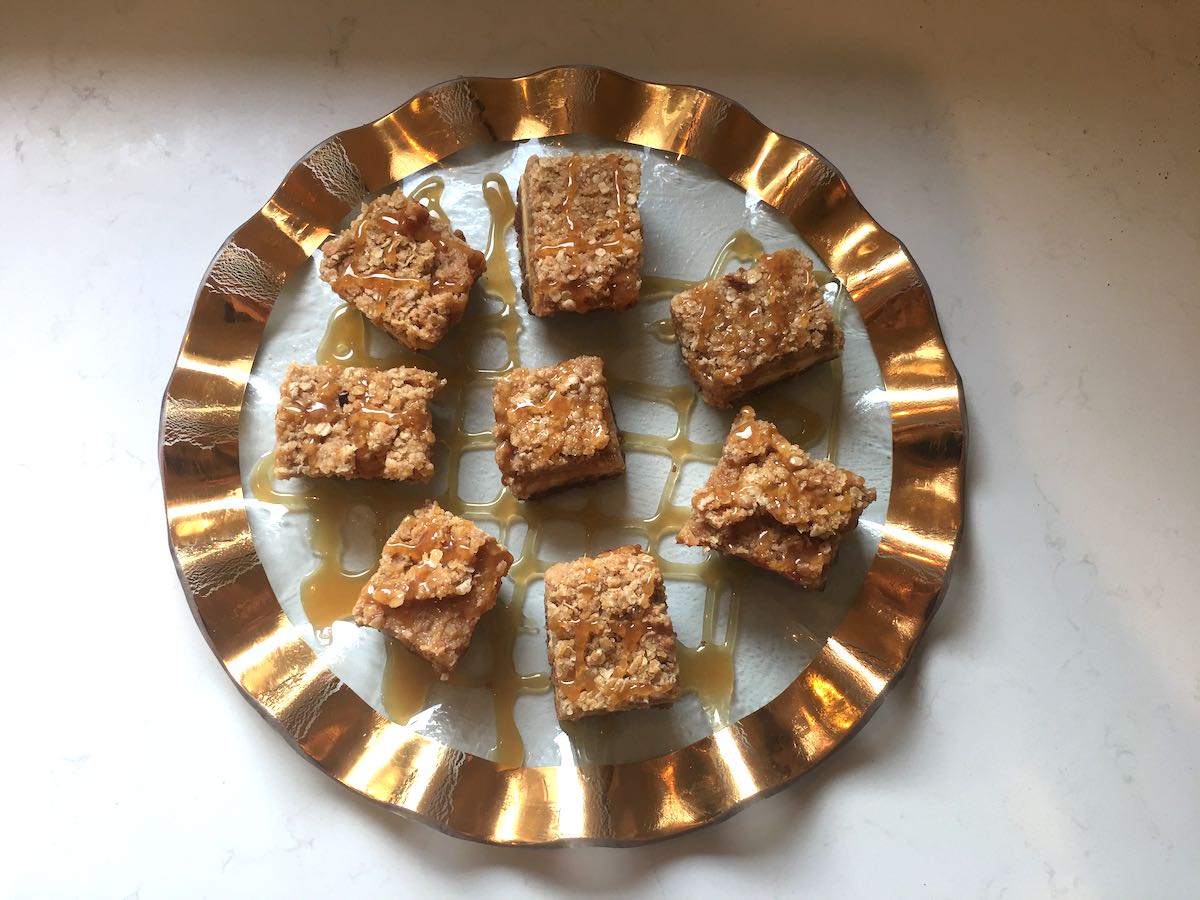